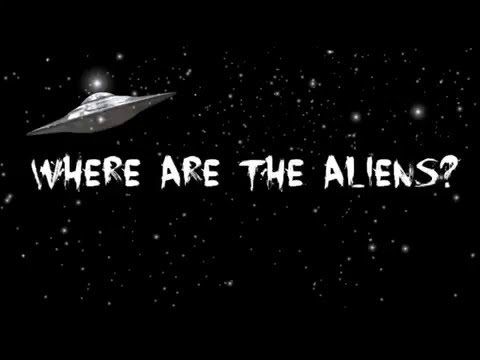 The simplest solution with the paradox of Fermi would be of saying that we didn’t observe anything due to the fact that there was nothing to observe. We are alone in the Galaxy or, at least, we are the first to have reached the threshold of technology.

This answer can sound reasonable first. It is possible that the probability of appearance of the intelligent life is so weak that the planet Earth is the only one in the Galaxy where it occurred. This assumption is nevertheless not very satisfactory because it seems to give again a special role to the Earth whereas throughout history, astronomy discoveries withdrew its central place in the universe.

Another solution consists in calling into question simulations of the civilization’s expansion in the Galaxy. Indeed, the space flights could be very fast but the colonization’s process could be much slower. The speed of colonization wouldn’t then be proportional to the speed of only one space flight. The duration for colonizing the Galaxy could be similar to the age of the Galaxy, which would explain why the solar system was not yet reached.

Certain solutions rest on the impossibility or the difficulty of space flights. It could be much more difficult or risky that what is gnerally assumed. Factors such as cosmic rays or interstellar dust could make it practically unrealizable. After all, a particle of a few tens of grams launched to a considerable fraction of the speed of light has a kinetic energy equivalent to a bomb of several kilotons.

Other explanations put forward psychological or sociological reasons. Thus a technological civilization could be very reticent to colonize other planets because the new colonies would end ineluctably up being turned over against their mother’s planet, a case which happened quite often in the history of humanity. Certain authors also suggested the possibility of a certain ethical code which would prohibit an advanced civilization to interference with another form of life. In this case, the history of humanity is not a good an example.

I know where the Aliens are – in Chicago. LOL, just kidding, but if you do want to visit Chicago, check out the resources at TheChicagoTraveler.com.

Play Cosmic Quest I and Cosmic Quest II at Planet 7 Casino for free when you redeem one of the Planet 7 bonus codes at https://bonuscodecasinos.net/planet-7-no-deposit-bonus-code/.

What do you think?

Leave us your thoughts below!

This time of this night, an Alien Guy in Andromeda Galaxy is drinking his Alien beer and looking through his weird Alien telescope and watch our Milky Way Galaxy. And always wonders on his little Alien mind "Are we alone ?", "Hello, is there anyone alive in this Milky Way Galaxy?" .Don't worry my little Alien friend, you are not alone, not al all. We'll see and meet each other around 4.5 billion years later when our galaxy collide with Andromeda.

Even if ET started colonising its corner of the galaxy a long long time ago, ETs empire may have collapsed long before its borders would have reached our solar system (civil war, natural disasters,...) ET is not extinct, but fails to maintain stable rule long enough to reach us. Compare with the Roman Empire: it flourished and expanded for centuries, but its borders never came close to the American continent.

(Galactic) Empires rise, fall, fall apart in smaller factions, who fight each other for local power until another empires rises again, unifies the local factions and starts expanding borders into the unknown again.

So, instead of unlimited continuous expansion, ET is stuck in a rise/fall/rise cycle that makes it very hard for ET to reach our part of the galaxy anytime soon.

Tim
by Tim
Occam was right

we seem to think we are advanced as a species. Maybe we really are not and, like a patient grandparent, other species are waiting until we get to the level they know we need to be to be asked to participate in extra-planted business. We may be too junior.

I believe that we are looking at interstellar travel from the human point of view and our notion of space-time. Einstein demonstrated that time is a curve that affects us differently from the moment we leave our planet. There are definitely civilisations out there that have figured this out long ago-